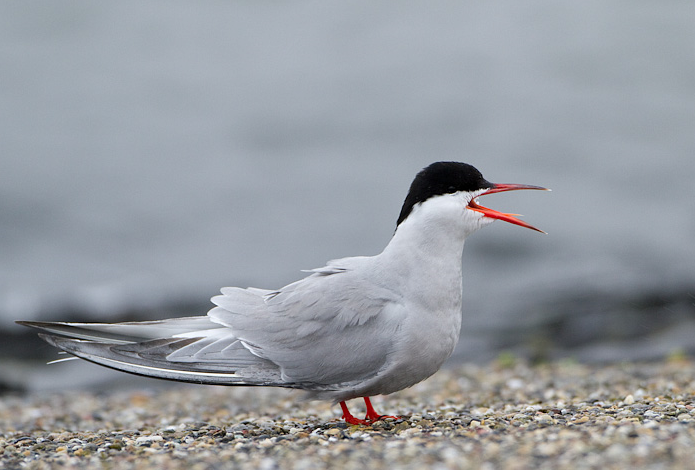 A rather small renatured lake characterised by extensive sandbanks. Therefore it is a good spot for resting waders and terns.

Added* by Thomas Büttel
Most recent update 22 December 2021
This birdingplace has not been rated yet. Be the first to rate the area with 1 to 5 stars

The renatured lake is since its renaturation a single large shallow water zone, where often sandbanks are exposed. You can overview it nicely by an observation tower, from where you can look on all the relevant parts of the area. During migration season you should find always some waders there, at least under "normal" weather conditions. Up to now about 30 species have been observed there. Furthermore, pay attention to terns: While Common Tern also breed on artificial nesting rafts, Black Tern are seen resting quite regularly. Here and then some rarer species like Caspian Tern or Whiskered Tern have been noted.

The surrounding lakes are not quite as interesting, but you could find Red-crested Pochard, Black-necked Grebe on the ponds and with very much luck Penduline Tit (they've become rare over the last couple of years in Germany) in the trees around them. North- and eastwards of the observation tower pastures and relicts of moors confine to the area. In late spring and early summer Eurasian Hobby and Red-footed Falcon can be seen hunting there. Finally, in the bushes and reeds of the transition zones from water to land Bluethroat and European Stonechat breed.

There is no real car park for the site. Yet it is possible to leave the car roughly on the marked spot on the map. The next two towns are Gundelfingen and Günzburg connected by the national road B 16. Immediately, before (coming from south respectively Günzburg) or after (coming from Gundelfingen) passing the small hamlet "Emmausheim" take the first lane left (coming from the south) or right (coming from the north). After a small while you should find a small signpost ("Durchfahrt verboten"), which indicates that it is forbidden to drive further. Park here somewhere on the side of the lane. By continuing on the path you should come directly to the observation tower.

Both Günzburg and Gundelfingen have a train station. From here you can easily approach the site by cycling. A suitable cycle path runs parallel to the B 16.

The site can easily be connected with a visit of the most rewarding Gundelfinger Moos and Schurrsee and of the slightly more distant Mooswaldsee(n). 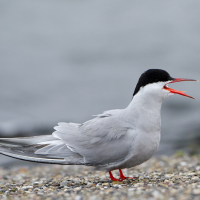 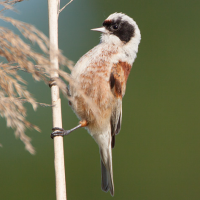